Middlesbrough winger, Stewart Downing sacrificed a chance to score from the penalty spot, giving the spot kick to teammate Jordan Hugill because the player ‘needed a goal’. 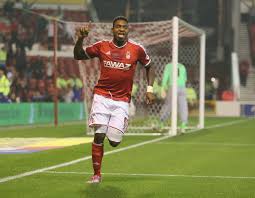 After George Friend was hacked won in the box, the former England winger had the ball in his hand and stood over for the penalty kick. However, he decided to hand over the opportunity to score from the spot to on-loan forward Hugill who had already bagged a goal in the match.

Jordan Hugill has now scored two league goals for his home town club after 12 outings. Grant Leadbitter is the designated penalty taker for the Boro and if he’s not available, the responsibility is left to Britt Assombalonga.

Speaking to Sky Sports News, Hugill explained, “Grant Leadbitter is the one who takes penalty kicks and if he’s not playing it’s normally been Britt Assombalonga that’s stepped up and he wasn’t on the pitch either”.

“I had the ball and was like: ‘Well who’s going to hit this?’ and Jordan stepped forward and I thought: ‘You know what, Jordan needs a goal’.

Hugill made no mistake from the spot as he rifled one past the keeper through the middle for the opener and then just before halt-time, he fired home a second, reacting well to a rebound after Braithwaite’s effort was palmed away.

Downing insists the double was well deserved for the youngster who has been working really hard and done everything right in recent weeks. He believes that as Hugill has now broken his league duck, Boro fans will see the best of the Helmingtonhitman that cost the club a fortune of £10m.

Stewart Downing is an English professional footballer who currently plays as a winger for Championship club side Middlesbrough and the England national team. He can play both as a winger and an attacking midfielder.